La Costanera invites Bay Area locals and visitors alike to enjoy a Peruvian culinary experience they will never forget. This contemporary, authentic Peruvian restaurant overlooks the Pacific Ocean north of Half Moon Bay, and our extensive menu highlights the coastal cuisine of Latin America. Panoramic, 180 degree windows allow guests to enjoy our signature ceviche or sip a handcrafted cocktail while taking in the vast ocean and coastal mountain views.

Chef Carlos Altamirano opened La Costanera in 2009, received the Michelin star in 2012 and 2013, and relocated the restaurant to Half Moon Bay in 2021. In addition to a spacious dining room, this new, two-story location features a lounge, two bars, and an outdoor patio with three fire pits. Whether you’re looking for a special date night spot or the perfect venue for a reception or special event, the La Costanera staff is committed to making your evening unforgettable.

We look forward to serving you.

Chef Carlos Altamirano has established himself as the acclaimed Bay Area authority on inspired Peruvian cuisine. Born in the mountainous coastal region of southern Peru, Chef Altamirano developed an innate appreciation for Latin American culture at an early age. He began his culinary career working alongside his mother in her restaurant kitchen in Lima, where he was immersed in the world of true Peruvian cuisine.

Altamirano moved to San Francisco in 1994 to share Peruvian cuisine with the world. He trained under some of the region’s most renowned and experienced chefs, including Reed Hearon of Rose Pistola and Restaurant Lulu, Robert Helstrom of Grand Café and Kuleto’s, David and Ann Gingrass of Hawthorne Lane, and Bradley Ogden of One Market Restaurant.

As his experience expanded and his love of Peruvian culture deepened, Chef Altamirano sought to build a culinary empire of his own. In January 2004, Chef Altamirano and his wife, Shu Dai, opened the doors to their very first Peruvian restaurant, Mochica, in the SOMA district. The restaurant’s authentic yet modern Latin American dining experience quickly earned a dedicated following.

Since the success of Mochica, the Altamirano family has opened six additional restaurants in the Bay Area: Piqueos, a popular Peruvian tapas bar in Bernal Heights (2007); La Costanera, a contemporary Peruvian restaurant overlooking the Pacific Ocean north of Half Moon Bay and representing the coastal cuisine of Latin America (2009); Parada, a warm, approachable restaurant in Walnut Creek that is inspired by the outdoor market of Chef Altamirano’s youth in Lima (2015); Paradita, a fast-casual concept at Emeryville’s Public Market (2016); the seafood-centric Barranco in Lafayette (2017); and most recently, the fast-casual Sanguchon, which started as a successful food truck in the Mission District serving hearty sandwiches stuffed with Peruvian ingredients (2021). Additionally,  Mochicha has since expanded to a new location in the Potrero Hill district.

Every location uses only the freshest ingredients, including peppers sourced from the Altamirano family’s personal pepper farm, Alta Farm, in Half Moon Bay. Chef Altamirano is committed to introducing people to authentic Latin American culture and using innovative techniques to create dishes they will never forget. 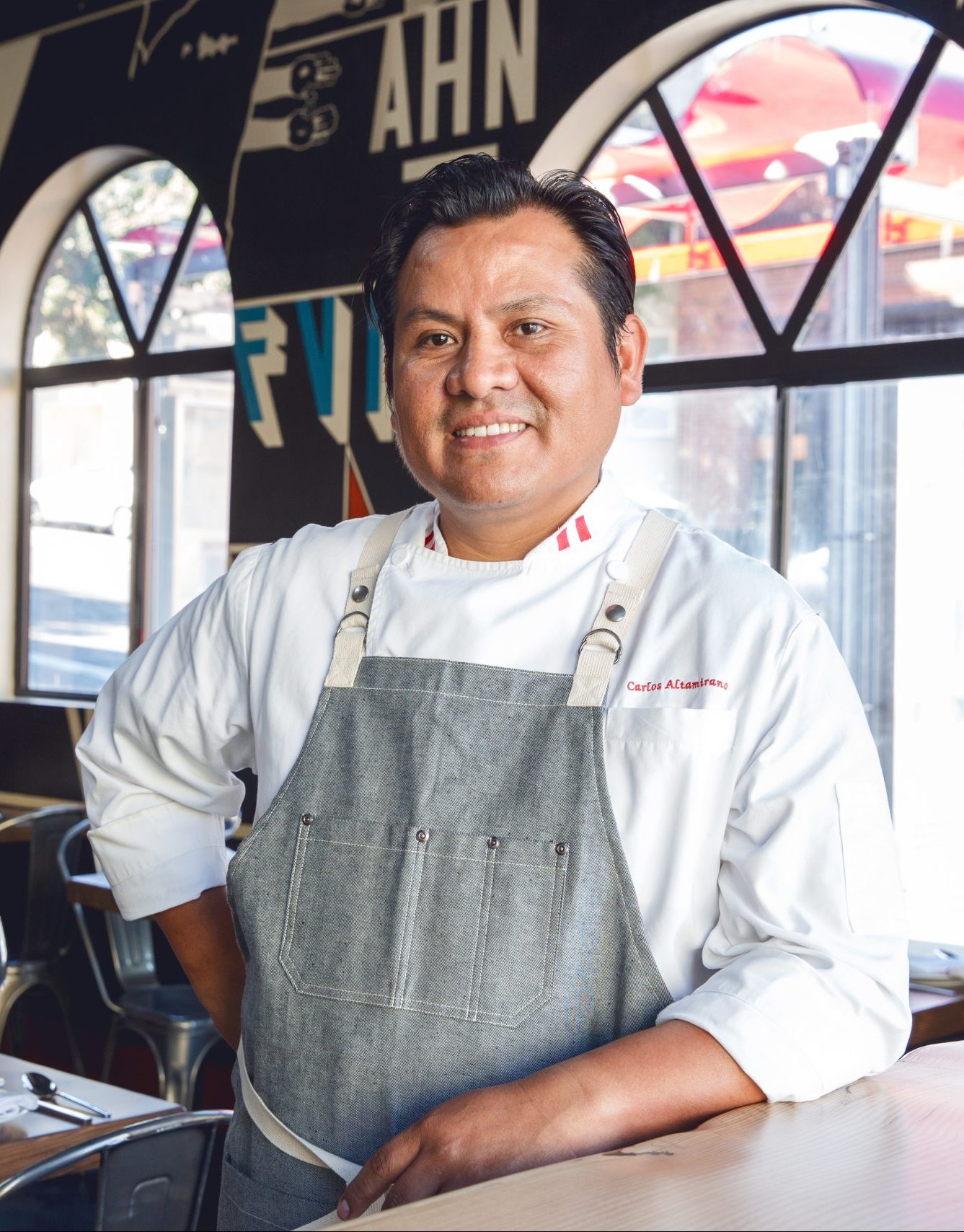